All sheet music from
Johnny Hallyday 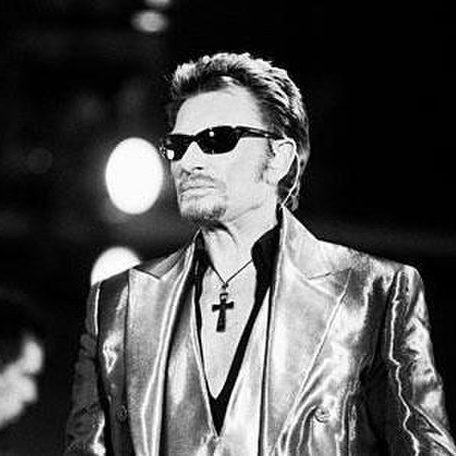 Johnny Hallyday, whose real name was Jean-Philippe Smet, was a French singer-composer and actor born on June 15, 1943 in Paris. He became a true rock 'n' roll icon in France. Johnny Hallyday's father abandoned mother and child when he was only 8 months old. Johnny's mother, starting a career as a model, entrusted her child to her aunt, Hélène Mar. One of his cousins, Desta Mar, married Lee Halliday. This man was to become a father to the young artist who preferred to be called Johnny. His stage name stemmed from this affection. At 14, Johnny Hallyday discovered rock in the Elvis Presley film, "Loving You." The teenager embarked on this musical style, but faced countless refusals. Rock 'n' roll was still virtually unknown in France at that time. The young rocker was finally noticed by Jil and Jan, songwriters who introduced him to Jacques Wolfsohn of the Vogue record label. On the cover of his first record, his name was spelled "Hallyday" by mistake, but was eventually adopted instead of "Halliday". Johnny Hallyday did 182 tours and 27 appearances in Paris, more than 1,000 recorded titles, wrote more than a hundred songs and more than 100 million records sold. Since 1960, he won 40 gold records, 22 platinum records, 3 diamond records and 9 music awards for a total of 48 studio albums and 28 live albums. Johnny Hallyday worked with several artists, including Charles Aznavour, Florent Pagny for the song "Rester Vrai", Patrick Bruel for "Entre deux", and Line Renaud for the song "Rue Washington". Discover our collection of music sheets of this pioneer of rock 'n' roll in France and interpret his greatest hits like "Sang pour sang", "Le Pénitencier" (House of the Rising Sun) or "Je te promets". The young people's idol died on 5 December 2017 at the age of 74 from lung cancer in his house in Marnes-la-Coquette. A national tribute was paid to him at his funeral on 9 December, in the presence of the President of the Republic and 700 personalities. It was watched by more than 15 million viewers. Photo credit: Free Art License ©Frédéric Loridant - Image cropped for format needs