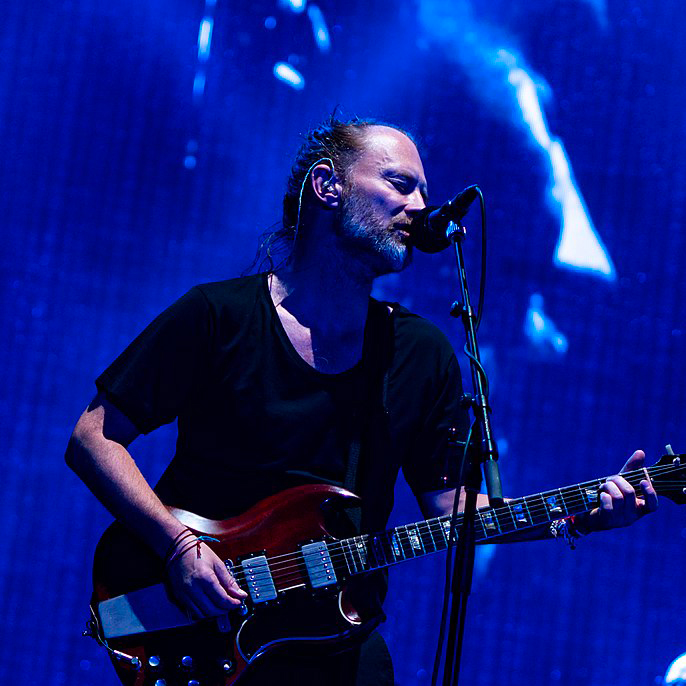 Radiohead is a successful British band whose members have been the same since the beginning of their musical adventure. Radiohead is composed of Thom York, the singer who also plays guitar and piano, Johnny Greenwood, who plays various instruments including guitar, Colin Greenwood, the bassist, Ed O'Brien, guitarist and backing vocalist and Phil Selway, the band's drummer. Formed in 1986 under the name On a Friday, the band played on Fridays while the members were studying. The band then went on to play gigs in the Oxford area before signing to EMI in 1991. They then changed their name to Radiohead. Their first single, Creep, was released in 1992, but it was not well received by the critics. BBC Radio 1 even refused to broadcast the song because of its depressive nature. However, when the album Pablo Honey was released in 1993, Creep became a worldwide success. The Bends was Radiohead's second album, a record that gave the band a hard time and brought them close to implosion. In 1997, the world was introduced to the band's third album, OK Computer, a successful opus in which we find tracks such as Karma Police, No Surprises, which can be found on the soundtrack of the 2002 French film L'Auberge espagnole (Pot Luck) — the piano sheet music of No Surprises is on Noviscore — and Paranoid Android. The albums Kid A, Amnesiac, Hail to Thief and In Rainbows followed. In 2008, the band released a best of before taking a break, as the members of the band wanted to focus on their solo careers. But in 2011, Radiohead returned with The King of Lambs, their eighth album. Since then, the members have resumed their solo careers and despite the announcement of a ninth album in 2014, Radiohead has not produced anything since 2011.

All sheet music
from Radiohead