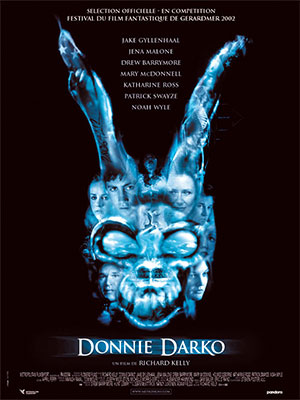 Donnie Darko is a 2001 film directed by Richard Kelly who also wrote the script. Donnie Darko, played by Jake Gyllenhaal, is a troubled teenager who invents an imaginary friend who tells him the world will end. Thinking he has only 28 days left to live, Donnie Darko does various things and takes an interest in time travel. Richard Kelly entrusted the composition of Donnie Darko's soundtrack to Michael Andrews. He wrote about ten tracks but included in the soundtrack are a number of other songs such as Never Tear Us Apart by INXS, Notorious by Duran Duran, Love Will Tear Us Apart by Joy Division and Head Over Heels by Tears for Fears. Michael Andrews wanted to include Mad World, a 1982 song from Tears for Fears. But this time he asked his childhood friend, Gary Jules, to play it. It turned out to be a great success for Jules and stayed top of the charts for three weeks in the UK.

Our music sheets of the film
Donnie Darko