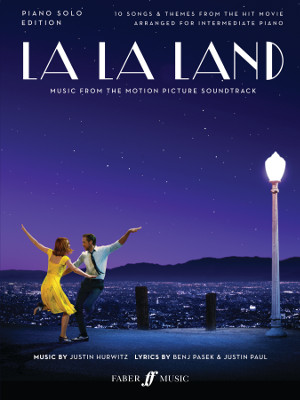 "La La Land" is a romantic musical directed by the Franco-American scriptwriter, Damien Chazelle. It was a cinematographic triumph in 2017. Acclaimed by critics, the film was nominated 14 times for an Oscar (as many as Titanic) and won no less than 6 statuettes and 7 Golden Globes, including those of the Best Song and Best Film Music. "La La Land" tells the impossible love story between Sebastian, frustrated jazz pianist (Ryan Gosling) and Mia, young actress in need of recognition (Emma Stone). Sebastian performs in seedy bars to earn a living and dreams of opening his own club to play the music he loves. Mia is a waitress in a café and goes from one failed audition to another to become an actress. A life far from the dream of glory to which they aspired, but when their destinies cross paths everything becomes possible.... The project had been in the director's mind for a very long time, dreaming of uniting his two passions, jazz and French musicals, on screen. The choice of actors is therefore not a coincidence. Actor Ryan Gosling, who is a fine amateur pianist, took intensive piano lessons, four hours a day for four months to achieve this incredible performance. The actor did not want to be doubled. So it is he who plays all the piano scenes of "La La Land" including the famous close-up sequence where you can see his hands playing the keyboard. The result is stunning and even the director could not believe how well Gosling performed, way beyond his expectations. The same is true for the songs. Emma Stone and Ryan Gosling, who are not professional singers, took singing lessons and rehearsed tirelessly and if their clumsiness is palpable on the title "City of Stars", their imperfect interpretation is all the more touching. But the real actor in this musical is none other than the music of the soundtrack subtly written by the American composer Justin Hurwitz. Heady tunes that we can't help but hum and listen to over and over again like the track "Mia and Sebastian's Theme". A title imbued with sweetness and melancholy and so precisely measured that it is neither too sad nor too joyful, it is a subtle mixture of the two that simply reflects Sebastian's soul and his love for Mia.

Our music sheets of the film
La La Land