All sheet music from
Birdy 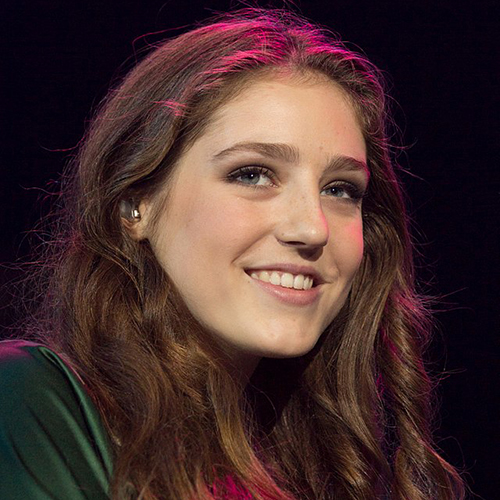 Jasmine Van Den Bogaerden, better known by the name of Birdy, is a British singer from the southern English port town of Lymington. She was born into a family of artists in 1996. Her mother being a pianist and concert artist, Birdy learned to play the piano from a very young age. Having grown up in this musical environment, she performed one of her own songs in a “Budding Talent” contest, in England, at the age of twelve, and won. This got her noticed by Warner and earned her her first recording artist contract and a very promising break into the music business. At the age of 15, Birdy recorded Skinny Love, a cover (written by Justin Vernon) originally performed by the Bon Iver band. The song was an immediate hit, both in the English Top 20 and in charts across Europe. The piano and Birdy’s pure-sounding vocals are predominant features of this version of Skinny Love and, not surprisingly, the piano sheet music of this song is a very sought-after commodity! That same year, in 2011, Birdy released her first album, which went on to yield several subsequent singles such as People Help the People (cover of a Cherry Ghost song), Shelter (originally by The XX) and 1901 (a cover of a song by a French band named Phoenix). The album shot into the French Top 10 and went Gold on several markets. The second album by Birdy, entitled The Fire Within, came out in September 2013. The first single released from it, Wings, was a co-write between Birdy and Ryan Tedder, head of the band named OneRepublic. By now, Birdy had become a fully-fledged pop folk artist, a unique performer much-loved by pianists the world over. Try out our Birdy piano sheet music and glide along on the gentle breeze of her special musical world. Photo credit: CC BY-SA 4.0 ©Harald Krichel - Image cropped for format needs