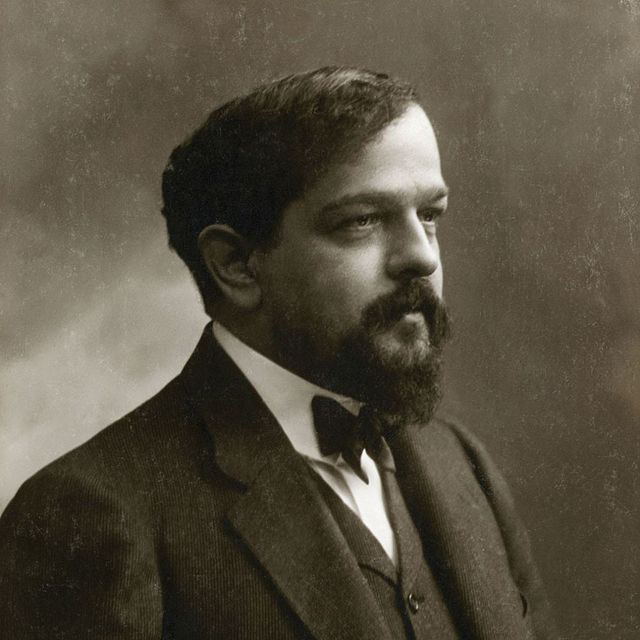 Born Achille-Claude Debussy in 1862, Claude Debussy is a French composer. He died 1918, aged 56. After moving several times with his family, he settled in Cannes with his aunt. After she discovered the young boy’s natural talent for music, he started taking piano lessons. These were curtailed by the radical socialists’ Paris Commune insurrection, for which his father fought on the side of the rebels. After the latter was arrested, he met the brother-in-law of poet Paul Verlaine, who arranged to have Claude go and study with his mother. Claude made swift progress and was accepted into the Paris Conservatory where he would spend the next 10 years. In 1875, at the age of 13, he won the second medal for music theory. His piano-playing achieved similar results, when he competed in a contest that included playing a Chopin ballad. Composer Erik Satie has been quoted as saying that he never knew anyone who could play Chopin better than Debussy! In 1882, he received second prize in Rome with his cantata The Gladiator then went on to win first prize, two years later, with The Prodigal Son. While in Rome, Claude met famous artists in the mold of Verdi and Liszt. He returned to France after two years but was not as successful as he would have hoped. Throughout his career, Claude Debussy composed 13 works for piano, 5 chamber pieces, 4 symphonies, 2 ballet scores, plus a whole host of lyrical opuses and various tunes. His most famous creation is his Clair de lune for piano. Photo credit: Public domain ©Nadar - Image cropped for format needs

All sheet music
from Claude Debussy