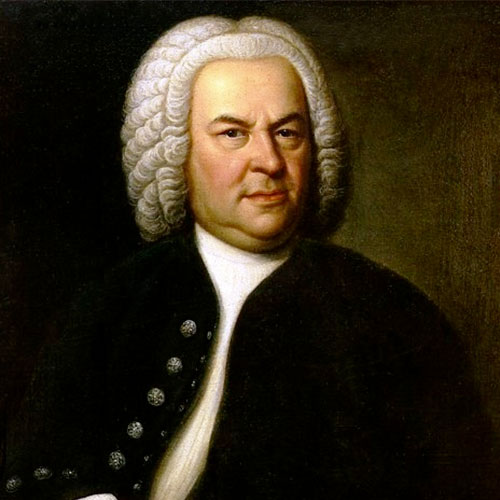 Johann Sebastian Bach was born into a musical dynasty of known musicians and notable composers from Thuringia (east-central Germany) on March 21, 1685. He is well known for having captured the wonders of music and made them easily accessible to a wide audience. J.S. Bach took the art of counterpoint and religious music to a whole new level. After his father died, Johann Sebastian Bach was taken in by his brother and began studying music in Lüneburg. At 15, he joined the St. Michael’s Church parish choir school. Hard-working and self-taught, J.S. Bach read and copied many musical works and gained proficiency on his favorite instrument, the organ. Before long, his reputation had surpassed that of his contemporaries and he became an organist in Arnstadt and Muhlhausen and a court musician in Weimar. It was in 1723 that Bach took up the post of chapel master, a post he performed until he died. Through his genius, this outstanding artist gave classical piano music a whole new meaning, taking baroque music to heights hitherto unreached. Bach’s works are extensive, spanning instrumental and vocal music alike. Bach sheet music marks a climax in the history of counterpoint; this uniquely talented German organist is famous the world over for having created pieces like Mass in B minor, Cantata BWV 147 (Jesu, Joy of Man's Desiring), preludes and fugues (Air on the G String, Prelude No.1, etc.), and Arioso… Practice your fingering techniques on works from J.S. Bach using easy sheet music for piano for Aria (Air on the G String), Prelude No. 1 and Jesu, Joy of Man's Desiring (Cantate BWV 147), among others. J.S. Bach was revered for his stunning keyboard expertise but he also composed for a variety of other instruments including lute, violin, flute and voice. He died in Leipzig, Germany, on July 28, 1750. Photo credit: CC BY-SA 4.0  ©Joseph Weger - Image cropped for format needs

All sheet music
from J.S. Bach