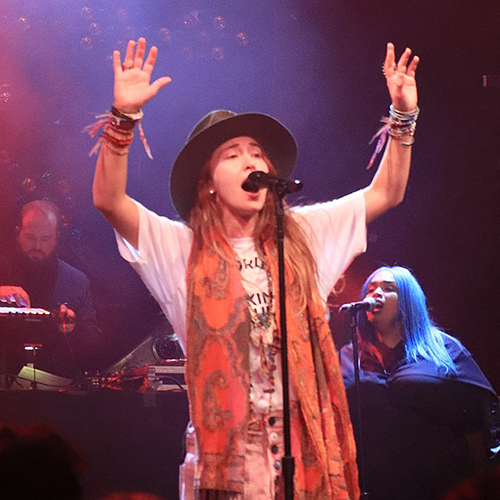 American author and composer, Lauren Daigle is a Christian music singer. She became world famous in 2019 with the success of her single "You Say", from her third album "Look Up Child" for which she won the Grammy Awards for Best Album and Best Song of Contemporary Christian Music. Lauren Daigle was born in 1991 into an evangelical Christian family. Passionate about singing from an early age, she joined the choir of her local church where she became the leading voice. After her studies, Lauren took a sabbatical year during which she embarked on a humanitarian mission in Brazil. In 2010 and 2012, she tried her luck on the American Idol show, the equivalent of Nouvelle Star in the United States, but did not even pass the selection test. She was nevertheless spotted by the Christian music label Centricity Music, with whom she signed a contract in 2013. In 2015, her first album "How Can It Be" was a great success. It was soon followed by a second opus devoted to Christmas carols "Behold: A Christmas Collection", which was also a hit. It was finally her third album and especially the track "You Say" that brought her wider acclaim. Photo credit: CC BY-SA 4.0 ©Moisés Gutierrez - Image cropped for format needs

All sheet music
from Lauren Daigle