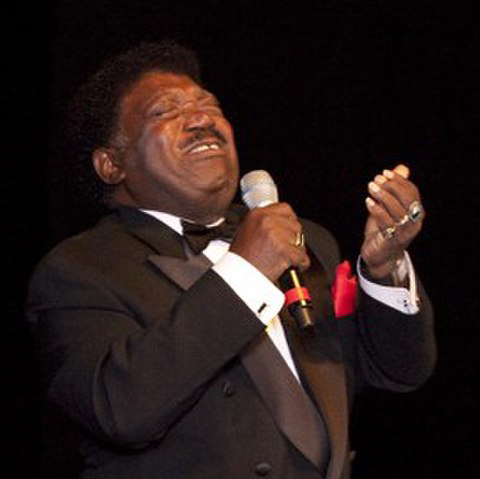 Percy Sledge was an American soul singer famous for his rendition of one of the greatest love songs of all time, "When a man loves a woman", released in 1966. Nothing destined this little guy from Alabama to become a singer. He had ambitions to become a baseball player, but left school early and worked at a variety of jobs to support his family, since at only 25 he was already the father of five children. In 1965, the music teacher at his old high school contacted him to replace the singer of the Esquires, who was unavailable at the time. During a concert with his band, Percy Sledge and his musicians launched into a total improvisation of a song that captivated Quin Ivy, a lyricist in vogue at the time. Quin Ivy then asked him to rework the song. Percy Sledge did so and recorded "When a Man Loves a Woman" in 1966. It was an immediate success and stayed at the top of the charts for over a year. From then on, the artist made a series of albums and the songs "Warm and Tender Love" and "It Tsars Me Up", although less well known, were equally well received. Percy Sledge then devoted himself more to concerts than to studio recordings. In 1989 and 2004, he received several lifetime achievement awards and recorded one last album before leaving the stage due to serious health problems. He died in 2015 at the age of 74, but will forever be remembered as the unforgettable artist of "When a Man Loves a Woman"... Photo credit: Public domain ©Carol M. Highsmith - Image cropped for format needs

All sheet music
from Percy Sledge