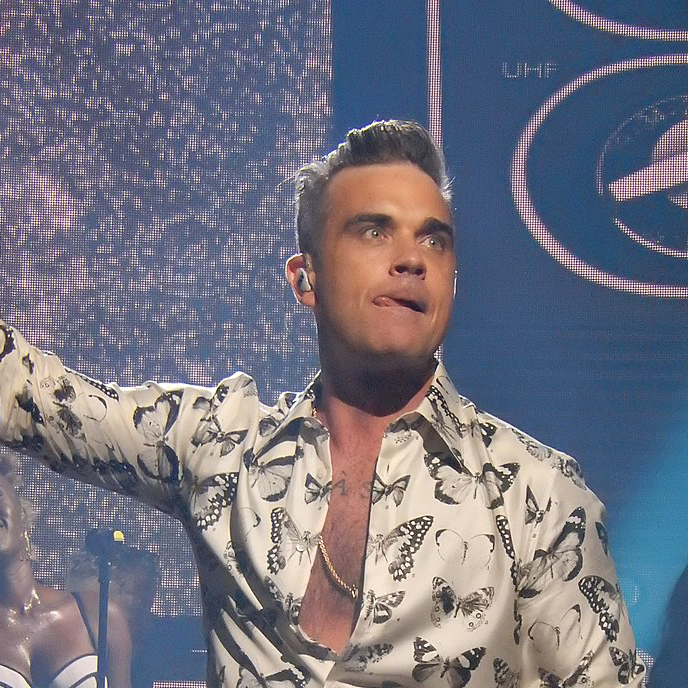 Robbie Williams is a British singer born in 1974. He became interested in music at a very early age and did a number of auditions in the hope of making it his career. It was finally thanks to his mother that he became known to the general public. She discovered a classified ad from a producer looking for the last member of the group Take That and put forward her son. So it was in1991 that the public discovered the young Robbie Williams, then 17 years old. In the era of boy bands, Take That was a great success. Despite everything, Robbie Williams only stayed in the group for 4 years, his ability to adapt being strongly questioned. However he immediately fell back on his feet and released his first solo album Life Thru a Lens. It didn't meet the expected success even if two of his singles were chart toppers for several months. It was the single from the album Angels that changed everything for him and he took first place in the British rankings. In 1998, he released his second solo album, I've been Expecting You which began to attract the French public. This was followed by 10 albums including Swing When You're Winning, an album of jazz covers from the 1950s. Among his most successful titles are Angels, She's the One, Feel and Supreme. To date, the singer has sold no less than 70 million records worldwide, including 15 million singles.

All sheet music
from Robbie Williams