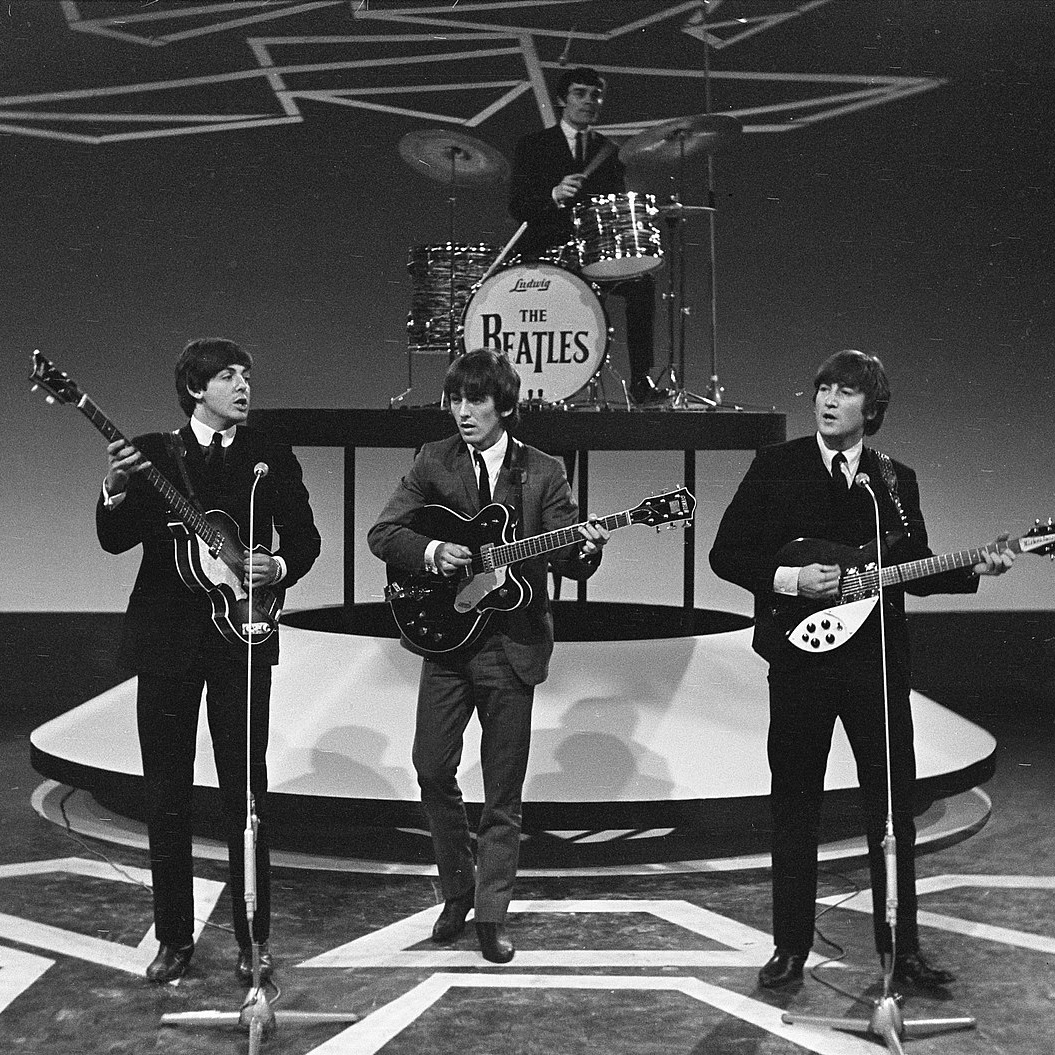 The Beatles is a legendary band from Britain that enjoyed huge success in the 1960s. Although they were only together for 8 years, the band members are famous the world over, spanning all generations. John Lennon was the instigator of the band. Back in 1956, he started a rock and roll group named The Quarrymen and hired Paul McCartney as part of the line-up. George Harrison joined them one year later. Drummer Ringo Starr only came along in 1962. John, Paul and George were all singers, musicians and songwriters but John Lennon and Paul McCartney penned most of The Beatles’ songs. Before long, Beatlemania swept across the globe, prompting Lennon to venture “We’re more popular than Jesus” (in an interview published in a British tabloid). It’s not easy to sum up this band’s career in just a few lines. Suffice to say that they are famous for having played the biggest venues in the world, in front of screaming crowds, and for having produced such notable songs as Yesterday, Let It Be, Hey Jude, A Hard Day's Night and Help! In the 8 years that they spent together, they released no less than 12 official albums, including the famous Abbey Road, immediately recognizable by the Fab Four’s pedestrian crossing shot on the cover. Despite their stellar success and to the dismay of their numerous fans, The Beatles officially split in 1970 when John Lennon announced, in Toronto, that he was leaving the band. Paul McCartney immediately sprang back with a solo album; Ringo Starr followed suit and George Harrison pulled out a plethora of unpublished songs he’d written and went on to release them on a triple solo album. John Lennon subsequently enjoyed a successful career until he was assassinated in 1980.

All sheet music
from The Beatles