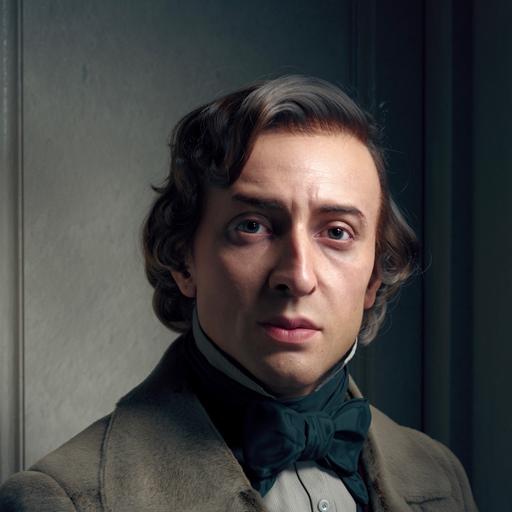 Frédéric Chopin is undoubtedly one of the great names in classical music. He was born on March 1, 1810 near Warsaw and died on October 17, 1849 in Paris. We owe him a long list of very well-known melodies whose success remains timeless. At a very young age, Frédéric François Chopin was introduced to the piano and distinguished himself by his virtuosity. Adalbert Zywny and Joseph Elsner gave him his first lessons on the keyboard. The composer lead a cultural life, rich in encounters and exchanges, alongside great artistic figures such as Berlioz, Delacroix and Camille Pleyel. Chopin then met Aurore Dupin (better known under his pseudonym George Sand), who became his partner for 9 years. The artist forged his reputation by composing titles such as "Nocturnes", "Ballades", "Polonaises", "Les Préludes", etc. Today, Chopin remains one of the most appreciated and popular composers of the Romantic era. Some of his songs were also included in the soundtrack of Polanski's 2002 film The Pianist. Any self-respecting musician must know how to play a Chopin melody! You too, whether you are a beginner or at a more advanced level, discover Chopin’s music from our selection below. Practice your fingering by playing "Waltz in A minor", "Nocturne in E-flat major" or "The Farewell Waltz". Until his death, Frédéric Chopin defended his passion for music by living off his compositions and the piano lessons he gave. But he stands out above all for his new technique of pianistic touch. He is credited with the use of rubato for breathing as well as the flexible movement of the wrist and his proliferation of silences.

All sheet music
from Frédéric Chopin