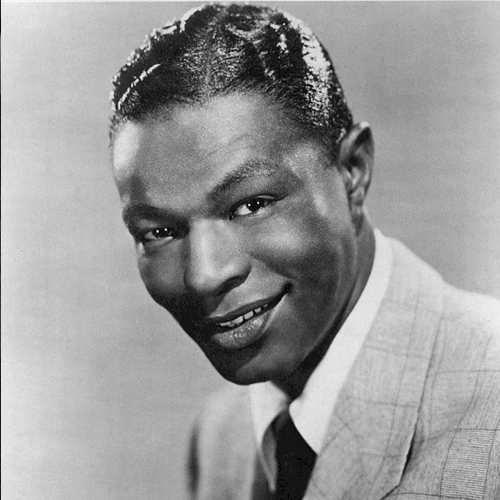 American pianist and singer, Nat King Cole, is an iconic jazz figure. Born in Alabama in 1919, he's the son of a pastor and a musician who directed the choir of the parish where her husband preached. The family moved very quickly to Chicago's Bronzeville district, a mecca for jazz and rhythm 'n' blues. Young Nat studied piano and organ with his mother and was introduced to jazz, gospel and classical music. He performed for the first time in public at the age of five and formed his first jazz group in high school. At that time, Nat Cole's name was already playing in all the jazz clubs in the city, earning him the nickname "King". In 1937, Nat was only 18 when he formed The Nat King Cole Trio with guitarist Oscar Moore and bassist Wesley Prince. They played mainly in clubs in Los Angeles and the young Nat spontaneously devoted himself to singing. It was his voice that earned the group the beginning of its notoriety. The three accomplices signed their first contract and recorded the hit track "Straighten Up and Fly Right". From then on, all eyes were on Nat King Cole. The singer's success followed one another and his musicians were no longer considered mere accompanists, to such an extent that Oscar Moore decided to abandon ship. Within a few months, they released several hits including "The Christmas Song", "For Sentimental Reasons" and "Nature Boy", one of Nat King Cole's biggest hits. The trio grew and became a quartet, but it was always Nat who took centre stage. In 1951, he released "Unforgettable", a jazz monument. In addition to his singing career, he also started working in the cinema and played in many films. In 1958, with his notoriety, he became the first African American to present a television show in an America still devoured by racism. He became a strong civil rights' activist in the States.  At the end of the 1950s, he recorded several albums in Spanish and released a cover of "Quizás, Quizás, Quizás", which became a worldwide success. But in the early 1960s, Nat King Cole's voice changed, it became hoarse and this worried his musicians. In 1964, he was diagnosed with lung cancer and died on February 15, 1965.