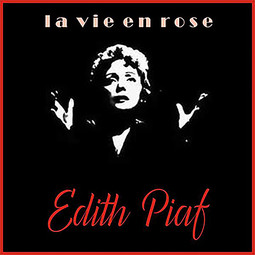 Other sheet music
by Edith Piaf French songs sheet music
Some French singers manage to become famous abroad and Edith Piaf is certainly one of them. Discover our piano sheet music for "La Vie en Rose" – Piaf's signatures song which she wrote in 1945 and released as a single in 1947 – available in three different versions for piano solo, with or without reading aid. Choose the right adaptation according to your skill level and print out your music from home. If you prefer to sing along, then go for our piano accompaniment version Level 2. "La Vie en Rose" has been covered by so many international artists, including Louis Armstrong and Grace Jones, and has featured in a number of films, notably the 2007 biographical feature film of the same name portraying Edith Piaf.

Other sheet music by Edith Piaf

Other sheet music
by Edith Piaf