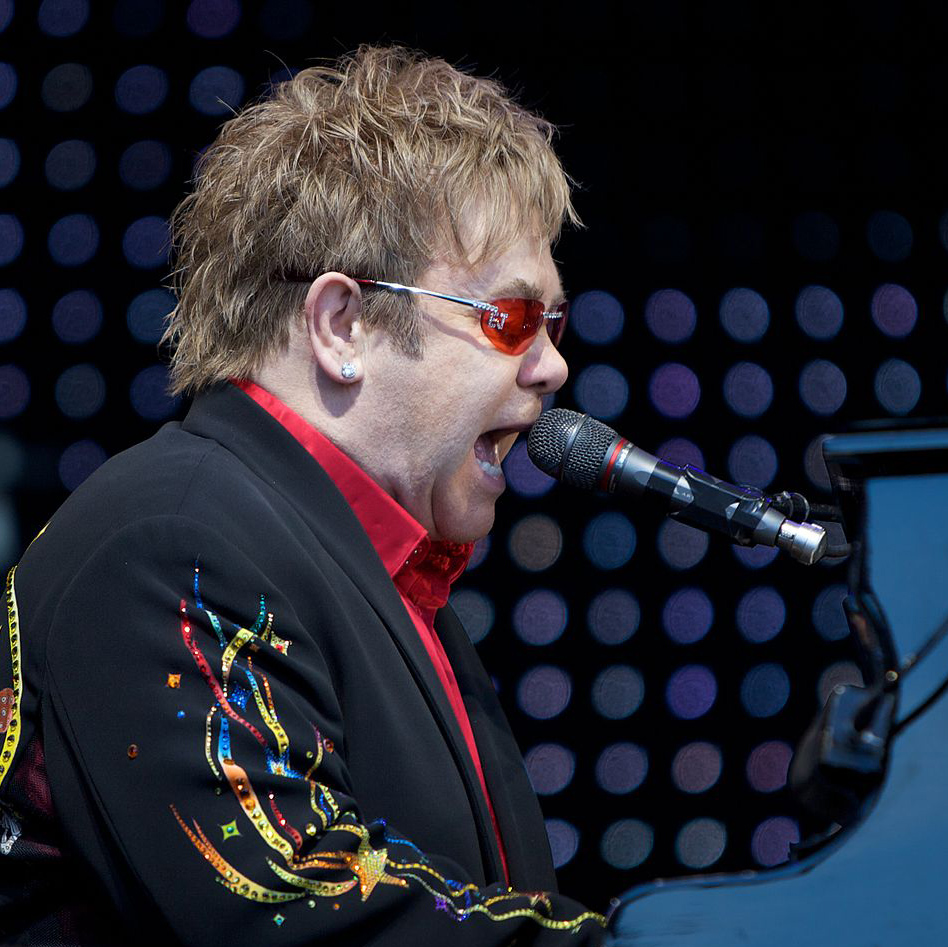 Elton John, British rock pianist-cum-singer-songwriter of international fame, was born on March 25, 1947 in Middlesex (England). His real name is Reginald Kenneth Dwight. He is an eminent symbol of British music, with four decades of commercial success under his belt. In all, Elton John has sold 400 million records - 300 million albums and 100 million singles. In 1998, America’s Billboard magazine announced him as the biggest solo album seller of all time – a testament to the major role this artist has played in influencing the overall musical scene. His success speaks for itself: Elton John is a stellar pianist and rock star, has a vast vocal range and outstanding left-hand prowess, not to mention his incredible improvisation talents which enthrall audiences from one performance to the other. Elton John’s songs are nurtured by his eclectic musical influences: gospel, boogie-woogie piano, jazz, rock, pop and country. This singer is a landmark on the musical landscape of the past forty plus years, providing the culture of several generations with hit albums like Captain Fantastic and the Brown Dirt Cowboy, Blue Moves and Goodbye Yellow Brick Road; many of his singles, including They know it’s Christmas, Something About the Way You Look Tonight, Nikita, Candle in the Wind and Don’t Let the Sun Go Down on Me, remain to this day musical monuments spanning several generations. You too can wow your audiences by playing our piano sheet music for Elton John’s most famous tracks, including Your Song, Song for Guy and Sorry Seems to be the Hardest Word Photo credit: CC BY-SA 4.0  ©Ernst Vikne - Image cropped for format needs

All sheet music
from Elton John