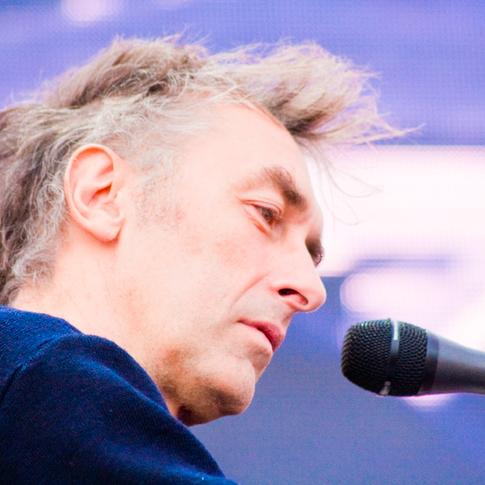 Singer/songwriter Yann Tiersen was born in the region of Brittany, in northwestern France, on June 23, 1970. Having already achieved public recognition, he soared to stardom when he penned the soundtrack of the 2001 movie Amelie. Yann Tiersen spent much of his childhood at a college of music and dance where he learned to play piano and violin between the ages of 6 and 14. He was so musically-inclined that he decided he wanted to learn to become a conductor. Then, he evolved, during his teenage years, into the realm of composition. At this time, he became a fan of rock and pop and began a career writing music for various short films. He also played gigs and tours, featuring alongside various other artists. The French musical and artistic landscape would not look the same without the input of Yann Tiersen. His biggest successes include Amelie’s Waltz, (La valse d'Amélie), Comptine d’un autre été (which translates as Another Summer’s Nursery Rhyme) both soundtracks on the film Amélie (The Fabulous Destiny of Amélie Poulain) and First Rendez-vous and Summer 78 from the film Goodbye Lenin! Look out for our piano sheet music for Yann Tiersen’s best songs, ranging from easy piano to expert: you can have lots of fun playing these upbeat melodies on your own keyboard!... Yann Tiersen has released several albums, each with its own distinctive musical style, but the pop and rock undertones ripple through every one of his works. His album roster rolls out as follows: La Valse des Monstres (translates as: Monster Waltz) (1995), Le Phare (translation: The Lighthouse) (1999), L’Absente (translation: Absent) (2001), Les Retrouvailles (translation: Reunited) (2005), Dust Lane (2010) and Infinity (2014). Photo credit: CC BY-SA 4.0  ©Andrés Ibarra - Image cropped for format needs

All sheet music
from Yann Tiersen